A 1990 advertisement for the Tour of the Universe ride located in the basement level of Toronto's CN Tower. Tour of the Universe was a space shuttle simulation ride conceived by Moses Znaimer and adapted from a 1980 story of the same name. Built between 1984 and 1986, Tour of the Universe was the largest scale simulation ride at the time and operated until 1990. The concept of the ride was a 40-passenger space shuttle flight to a space station in the year 2019. The sponsor of the ride was Canadian Airlines International, and one can see the airline livery on the space shuttle depicted in the advertisement. Making this ad particularly funny is the fact that Canadian Airlines never made it to the year 2019, being bought out by Air Canada in 2001: 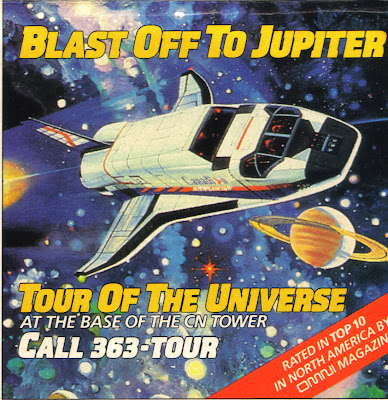 A mouthwatering 1990 advertisement for Fisherman's Wharf seafood restaurant in Toronto: 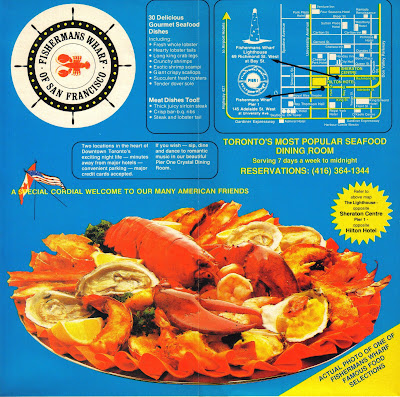 A 1990 advertisement for Eaton's Marine Room restaurant at the flagship store located at Toronto's Eaton Centre: