Pamphlets, brochures, and tour guides are educational and free mementos of a visit to an attraction, yet most people dispose of them almost as soon as they finish their visits. Sure, in the Internet Age, where you can find better and more up-to-date information online, holding onto old tourist guides and brochures hardly makes sense anymore, except perhaps in order to laugh at the now-dated clothing and hair styles of the people depicted therein; nevertheless, the MoMI's mandate to collect and preserve these disposable artefacts of the past means that at least some of these guides will be retained for posterity in our collection. Enjoy.

Below: A pamphlet advertising the coal mine museum in Springhill, Nova Scotia, Canada, obtained in the early 1990s.


Below: A tour guide from the Churchill Museum and Cabinet War Rooms, London, UK, August 2009.

Below: A tour guide to the Churchill Museum, London, UK, August 2009.

Below: A tourist guide from Westminster Abbey, London, UK, August 2009.

Below: A tour guide from the Maritime Museum of the Atlantic in Halifax, Nova Scotia, Canada. The museum was founded in 1948 and moved to its current location on a prime piece of waterfront land in 1981. Consisting of over 30,000 artefacts, the museum features 70 small craft, including dories, sailboats, and skiffs, the 180-foot long steam powered hydrographic ship CSS Acadia (1913), and an extensive collection of large, detailed ship models. This brochure was acquired in July 2009.


Below: A tour guide for Rideau Hall, the residence of the Governor General of Canada, in Ottawa, Ontario, Canada. You will note that this particular brochure dates from 1992 and contains a photo of the then-Governor General, Ramon John Hnatyshyn (1934-2002), the 24th Governor General since Confederation. 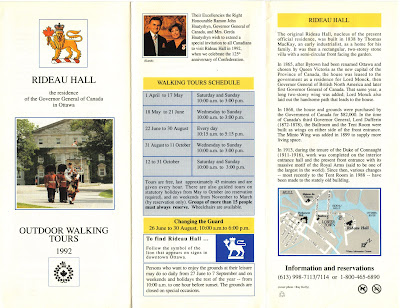 Below: A pamphlet from The Mariner's Museum, located in Newport News, Virginia, dating from August 1992.  Today known as The Mariner's Museum and Park, this institution was founded in 1930 and has been designated by Congress as America's National Maritime Museum.  With 32,000 items in its collection, comprising both artwork and artefacts, the museum is the largest maritime museum in the Western hemisphere.  The museum has, since 2007, hosted the USS Monitor Centre, displaying a full-scale replica of the Union Navy ironclad warship USS Monitor, as well as numerous artefacts recovered from the wreck.  The museum sits on 550 acres of privately maintained land, including the 167-acre Lake Maury. 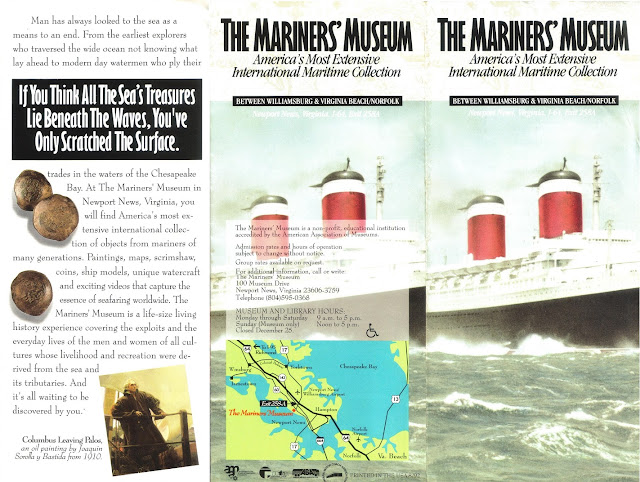 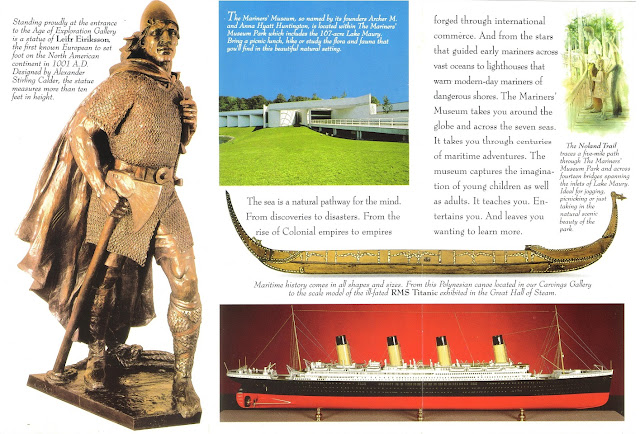 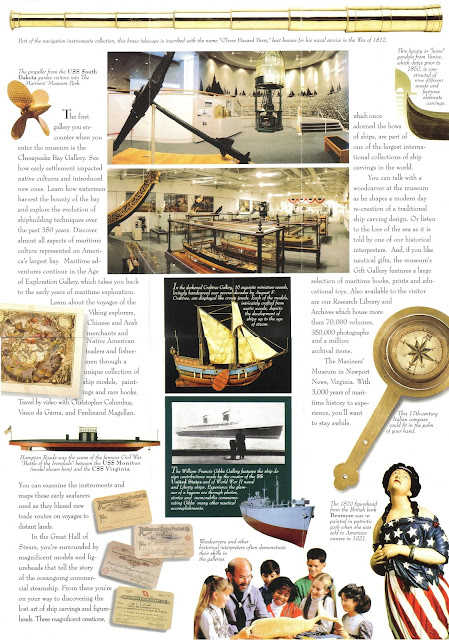 Below: The front and reverse sides of a pamphlet for the 2018 Christmas Market in Vienna, Austria (courtesy of MoMI donor PC). 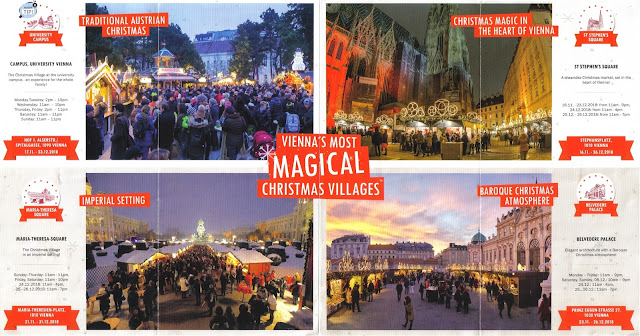 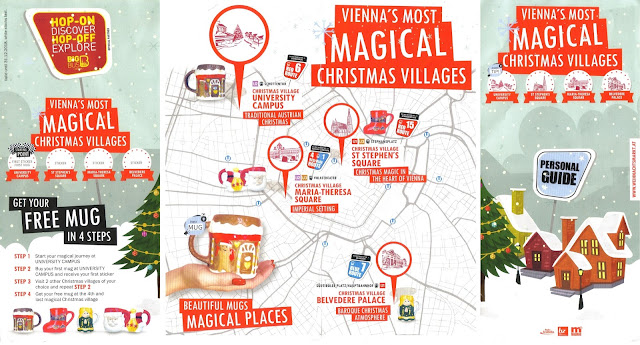 Below: A copy of 'A History of Province House' by Shirley B. Elliott, obtained during a 1990 visit to the Nova Scotia provincial legislative assembly in Halifax, Nova Scotia, Canada. 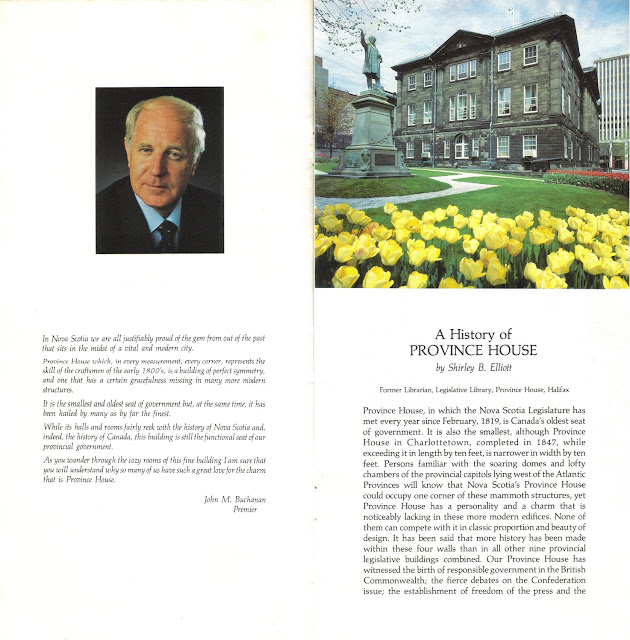 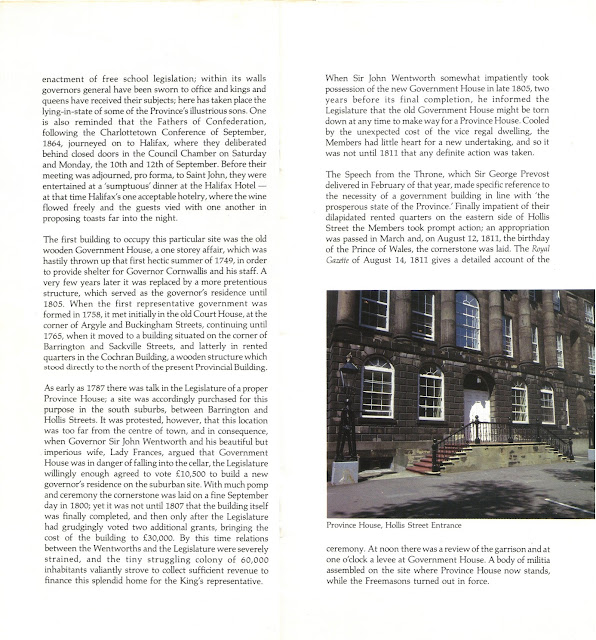 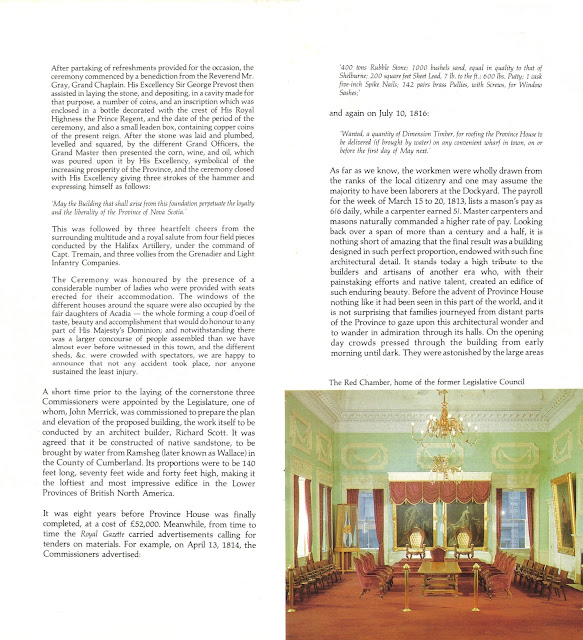 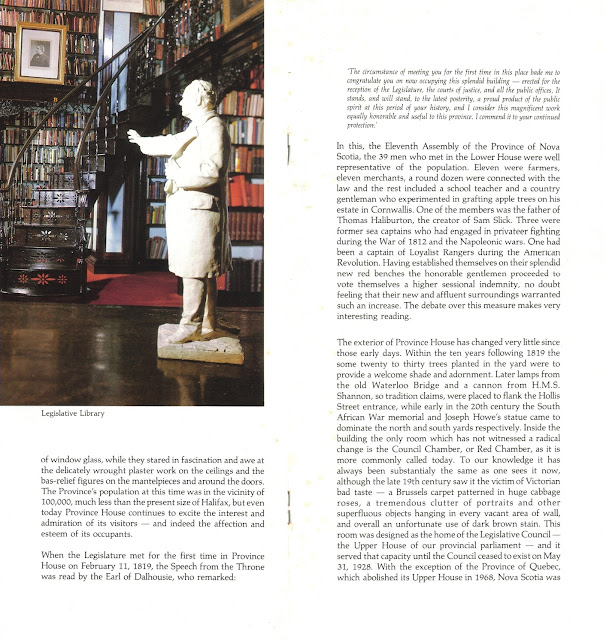 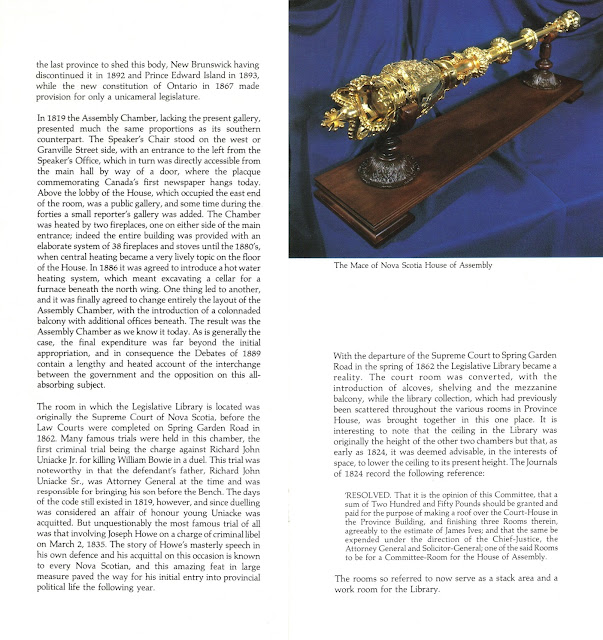 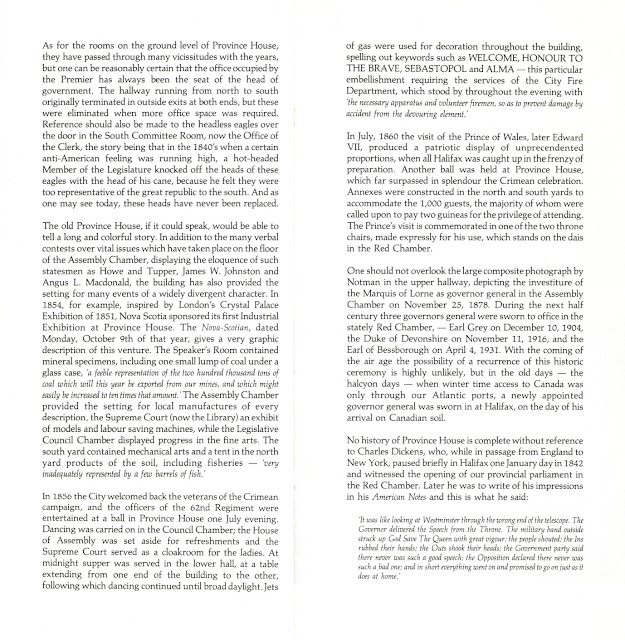 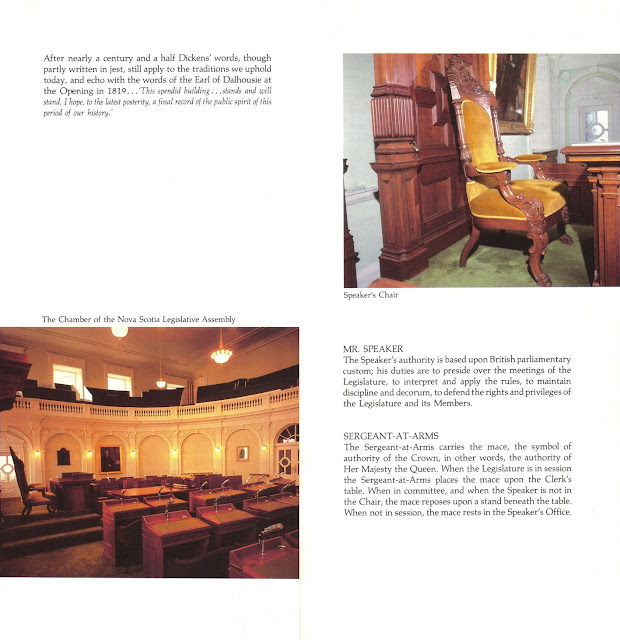 Below: A 1993 US Department of the Interior pamphlet on the Hoover Dam on the Colorado River straddling the American states of Arizona and Nevada.

Below: The front and reverse sides of an early-1990s promotional pamphlet for St. Augustine, Florida, located on the state's northeastern coast.  The city is famous as the oldest continuously-inhabited European settlement in the continental United States, being settled by Spanish explorers on 8 September 1565 and serving as the capital of Spanish Florida for over 200 years. 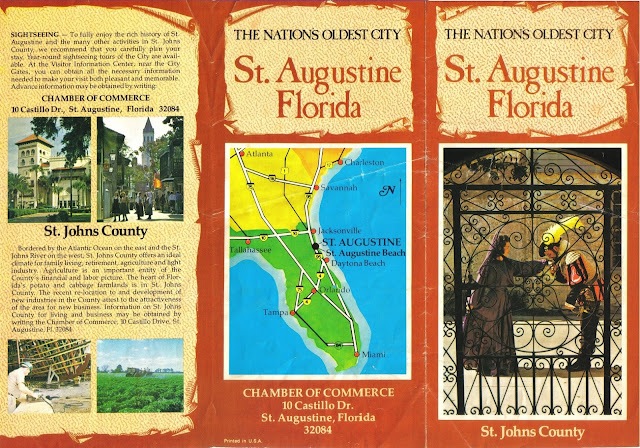 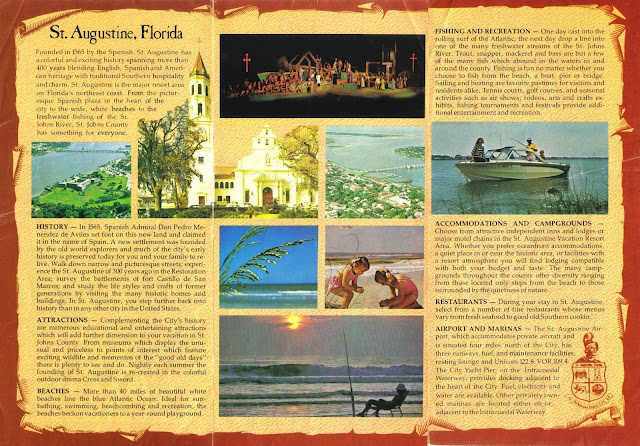