Restaurants are a great source of free artefacts. Napkins, condiments, and other accoutrements from a restaurant visit can serve as souvenirs of a good meal or enjoyable vacation experience. Below are several such souvenirs.

Below: Several panels from a large, fold-out brochure for the popular chain of Southern-themed Cracker Barrel Old Country Store restaurants. Founded in 1969 in Lebanon, Tennessee, Cracker Barrel combines a retail store and a restaurant and, as of September 2009, consisted of 594 locations in 41 US states, many conveniently located along interstate highways. The restaurants serve a variety of traditional Southern comfort foods, including grits, dumplings, stewed cinnamon apples, meatloaf, and roast turkey. Cracker Barrel restaurants share a common design and decor style and include a number of unique features: covered front porches with rows of rocking chairs for guests to enjoy; large country-style fireplaces and checkers tables within the dining areas; and interior walls decorated with a variety of antiques, photographs, advertisements, and household items. The retail store component of each restaurant primarily sells nostalgic merchandise, collectibles, old time toys, classic candies, scented candles, holiday-themed items, and ingredients used in making Cracker Barrel entrees. The brochures available free of charge at any Cracker Barrel location are a handy reference and depict a map of the United States with every Cracker Barrel location identified. 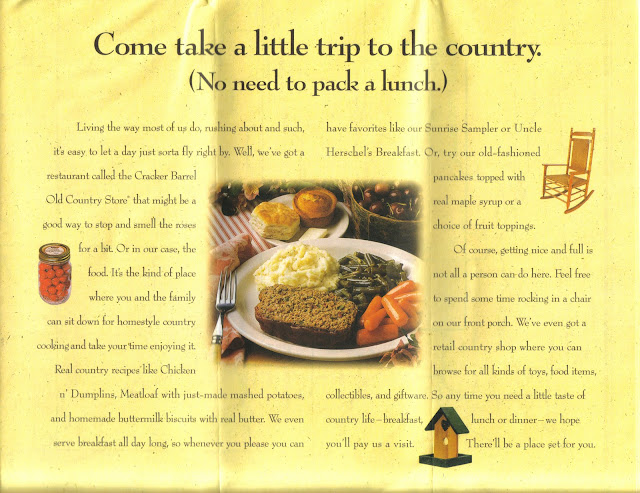 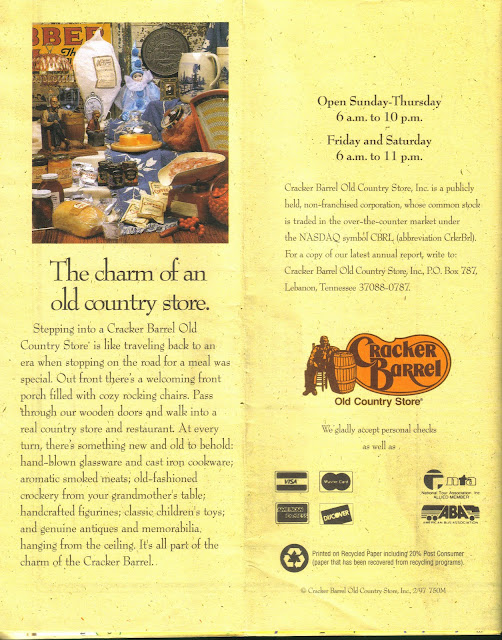 Below: A brochure from MCL Cafeterias (now known as MCL Restaurant & Bakery), a chain of American cafeteria-style restaurants founded in 1950 in Indianapolis, Indiana. MCL currently has restaurants in Indiana, Illinois and Ohio. They are known for their made-from-scratch foods, featuring fresh, local produce when available. 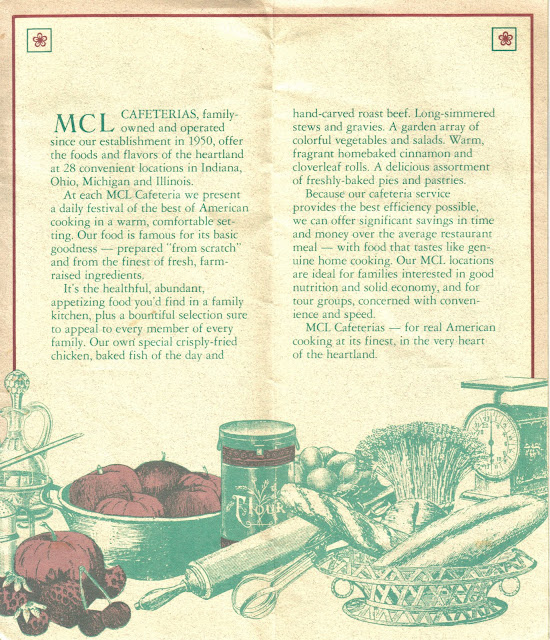 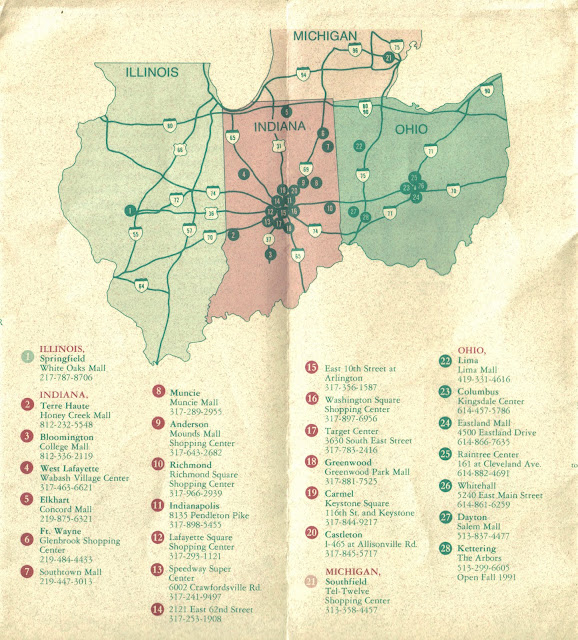 Below: A brochure for Morrison's Cafeterias, a now-defunct chain of cafeteria-style restaurants centred in the Southeastern United States, especially Georgia and Florida. Particularly popular with retirees, at its peak the company operated 151 restaurants under the Morrison's name in 13 states. Founded in 1920 in Mobile, Alabama, by the mid-1990s Morrison's was suffering from the general loss of popularity of cafeterias and the company, now known as Morrison's Fresh Cooking, was sold to Piccadilly Cafeterias. Many of the former Morrison's locations outside of Florida and Georgia were subsequently closed by Piccadilly. Note: While the front and back covers have been reproduced for each brochure below, only a few representative samples of the state-by-state cafeteria location listing pages have been provided. 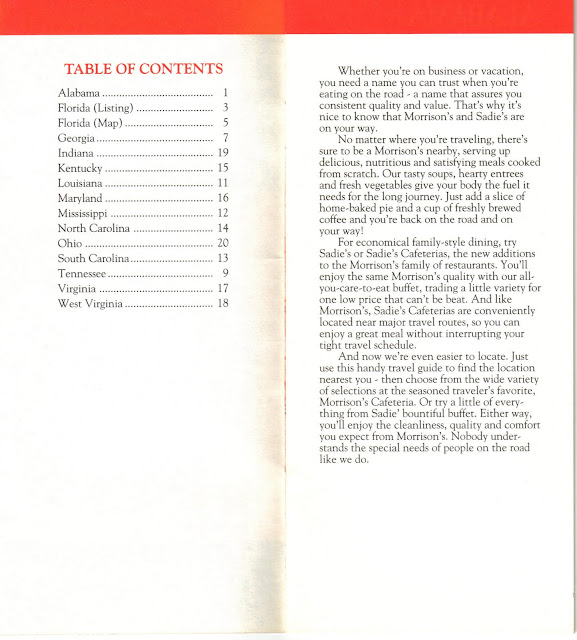 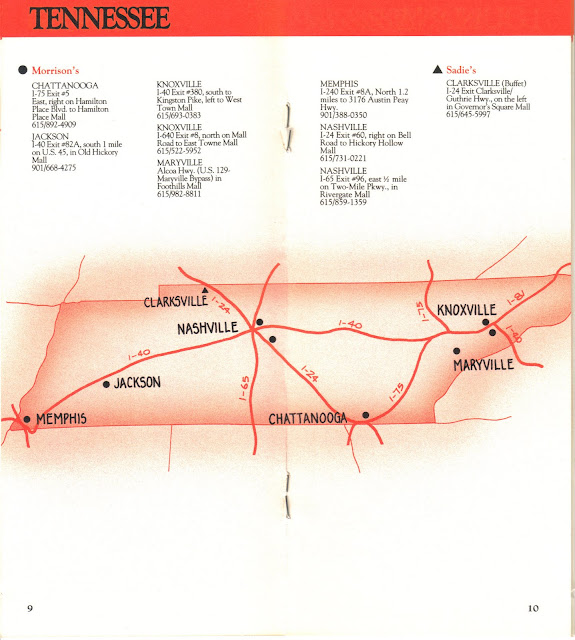 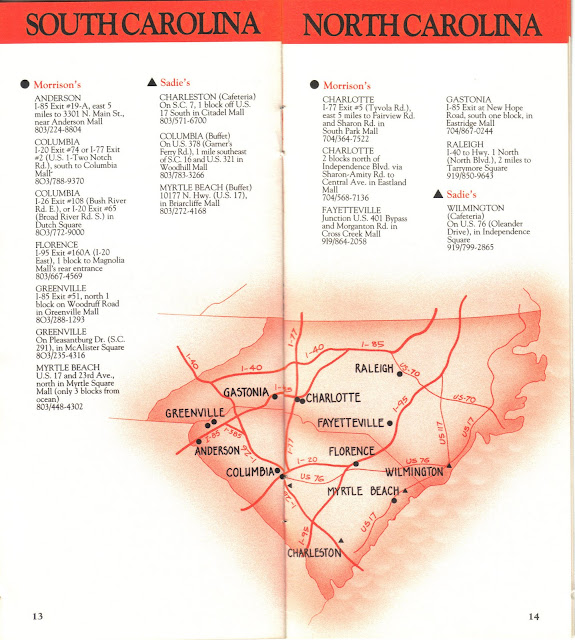 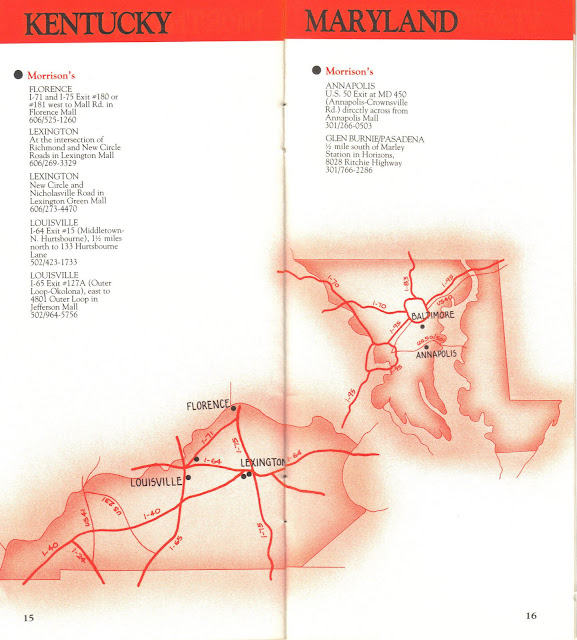 Below: Another Morrison's brochure. 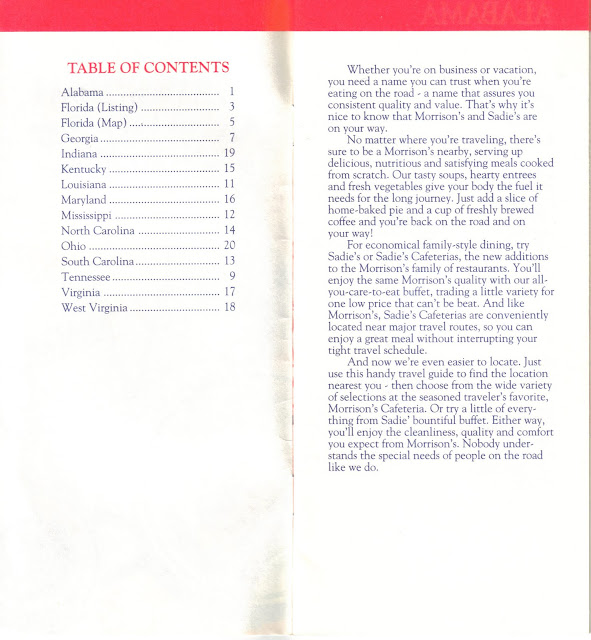 Below: Another example of the Morrison's map-style location listing brochures.

Below: A final example of the Morrison's Cafeterias brochures listing locations. 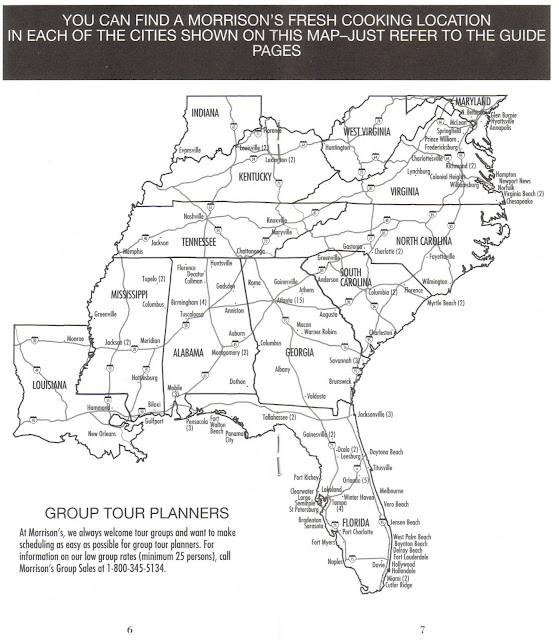 Below: A copy of the Autumn 2014 St. Albans Real Ale and Cider Pub Guide, published by the South Hertfordshire branch of the Campaign for Real Ale (CAMRA).  The guide provides an exhaustive listing of local pubs serving real ale and cider, as well as information on the various types of beer and cider and the CAMRA organisation.  (Courtesy of MoMI donor PC) 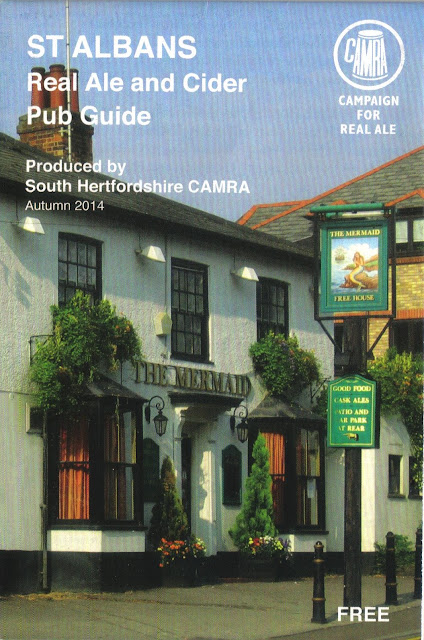 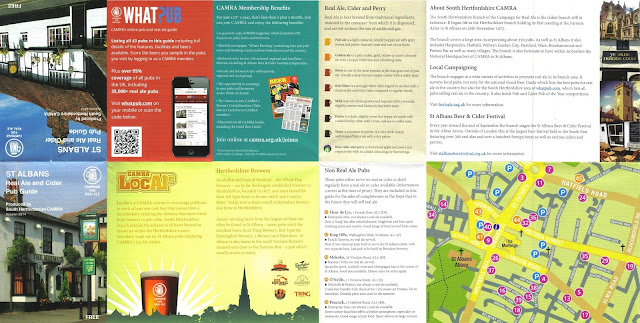 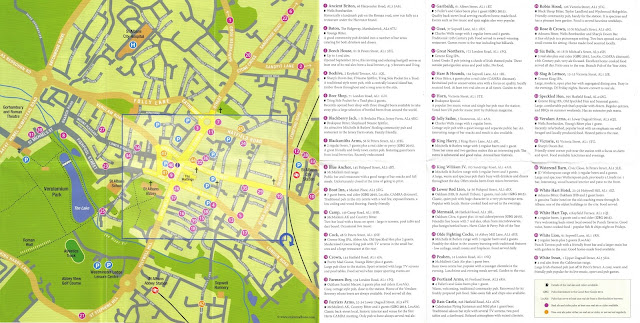 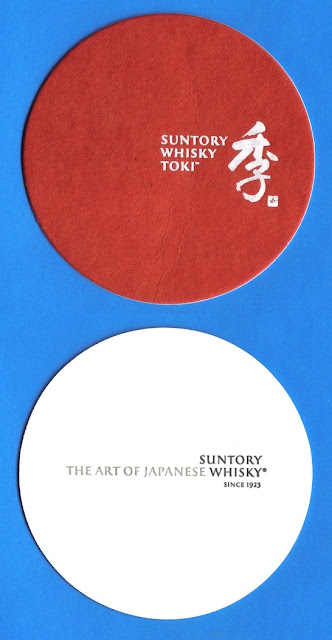 Below: The front and rear covers and a sampling of pages from the February/March edition of Pints of View, a free bi-monthly mini-magazine for 'every discerning drinker' published by the Hertfordshire branch of the Campaign for Real Ale (CAMRA). 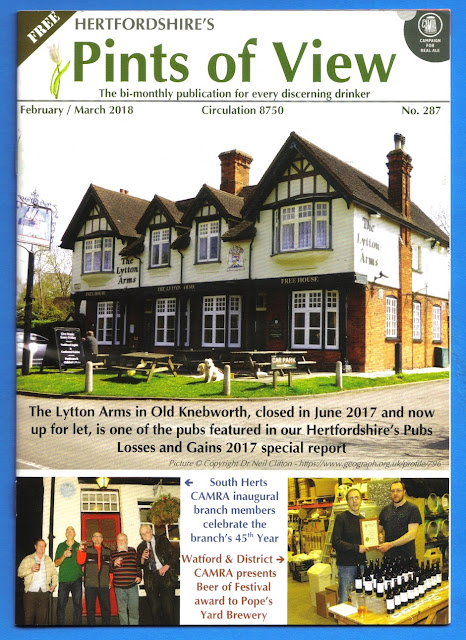 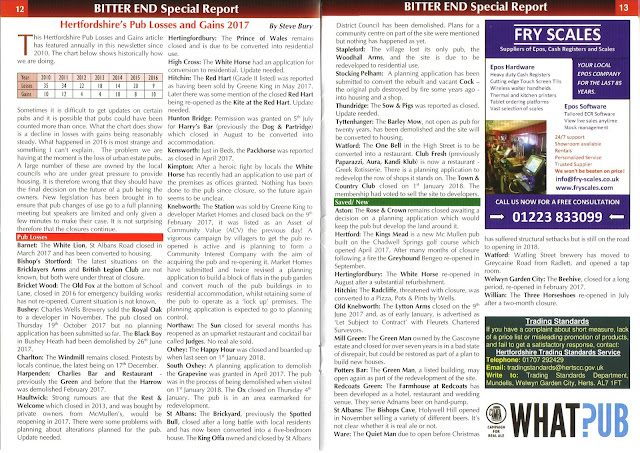 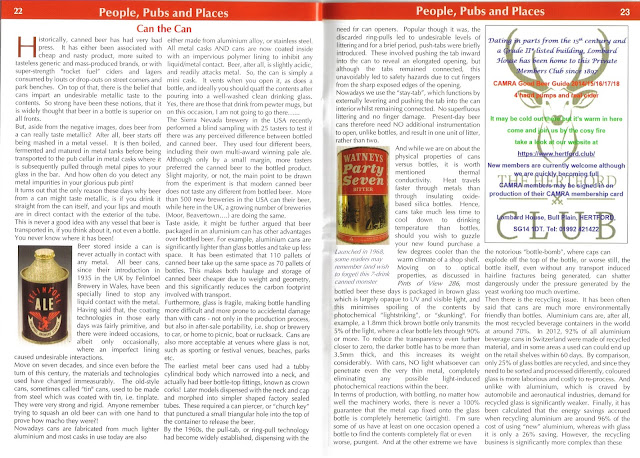 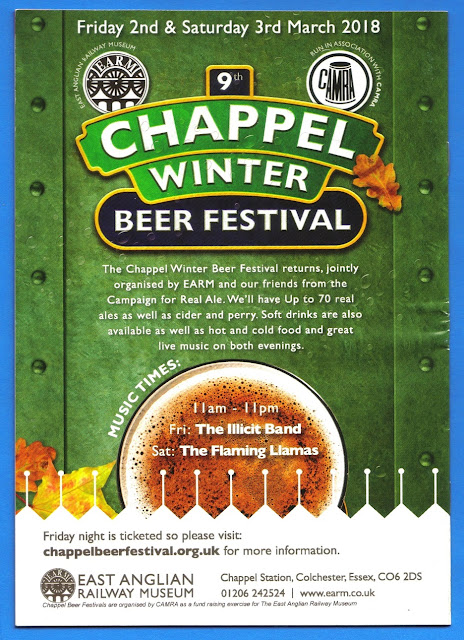