The Canadian Air and Space Museum (formerly the Toronto Aerospace Museum) was established in 1997 and showcases a variety of historic aircraft, exhibits, and artefacts in a hangar that once housed the original de Havilland Canada aircraft manufacturing plant. The museum is located on the grounds of Downsview Park in north Toronto, a federal government-owned urban park that was formerly the site of RCAF Station Downsview/Canadian Forces Base Toronto, which was closed in April 1996. Nearby the museum, also located within the grounds of Downsview Park are the manufacturing facilities of Bombardier Aerospace Ltd., builders of the popular Dash-8 line of turboprop airliners. These photos were taken during a visit on 23 August 2006.

The exterior of the Toronto Aerospace Museum, as it was known at the time of this visit in 2006: 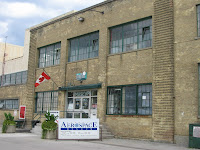 One of 99 de Havilland Canada CS2F-1 Tracker anti-submarine warfare aircraft built for the Royal Canadian Navy (RCN) in this very building beginning in 1954: 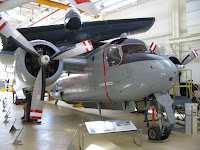 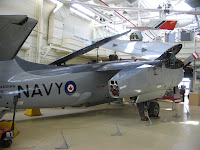 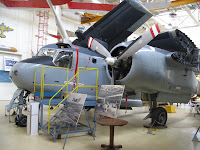 Restoration underway on a Second World War-era Lancaster bomber, formerly displayed in a park on the Toronto waterfront: 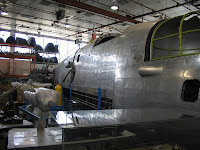 A full-scale, static replica of the Avro Arrow interceptor scrapped by the federal government in 1959, a decision which devastated the Canadian aerospace sector for decades after: 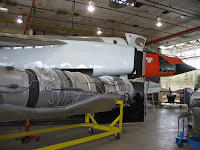 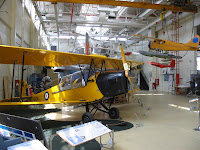 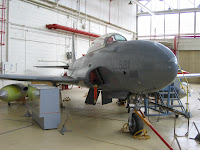 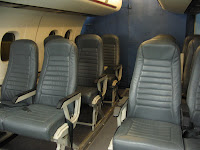 The interior of a Vickers Viscount cockpit simulator used to train Air Canada pilots. Trans Canada Airlines/Air Canada operated this type of aircraft from 1955 to 1974: 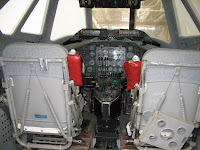 A view of the inside of the historic building housing the museum: 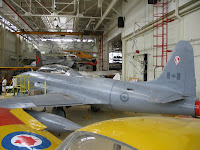 Posted by DS at 10:27 AM
Labels: Travel and Tourism Gallery 2 - Toronto Aerospace Museum