Postcards depicting the airline's aircraft used to be much more prevalent than today. But, in an age when hundreds of thousands of high-quality images of commercial aircraft are available online, and when people have access to the Internet to communicate with loved ones, the airline postcard is no longer necessary or the best use of scarce company funds. The examples below represent a bygone era of airline postcards.

A postcard from Canadian Airlines International, depicting their Boeing 767-300ER aircraft in flight. Note that the aircraft is painted in the old livery that adorned Canadian's planes from 1987 to 1999: 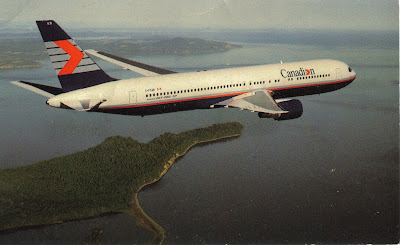 The reverse side of the above postcard, providing aircraft technical specifications in the bottom left corner: 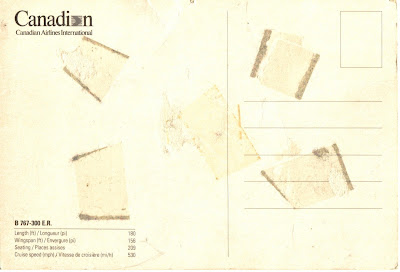 A postcard from Wardair Canada, a charter airline that was bought by Canadian Airlines International in 1989. Based on the Boeing 747 and the uniforms of the assembled crew, this postcard dates from the mid- to late-1970s: 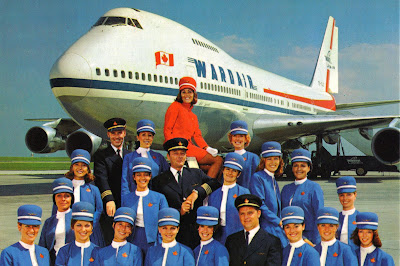 The reverse side of the above postcard, providing aircraft technical specifications in the upper left side: 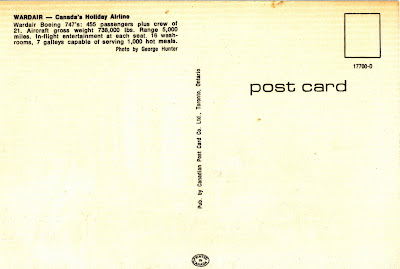 While not postcards, the following three items fit best in this gallery.
A bumpersticker depicting the 747-400s flown by Canadian Airlines International in the 1990s.

A promotional photo of a Boeing 767-300ER operated by the now defunct Canadian Airlines International. 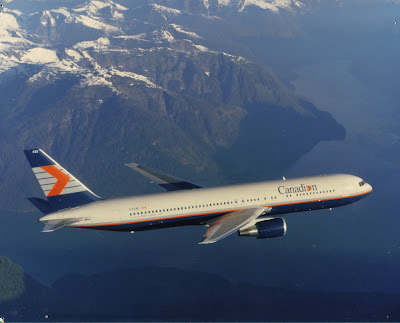 A promotional photo of a Boeing 737-200 operated by the now defunct Canadian Airlines International. 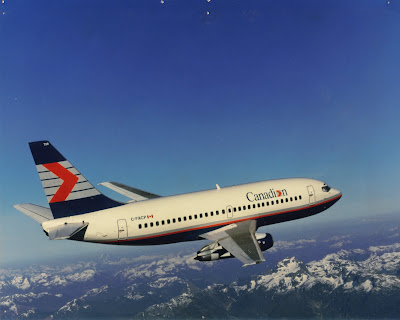 Promotional buttons from the now-defunct Canadian Airlines International. The white button reflects the company's ultimately unsuccessful struggle to avoid backruptcy and plays on the "My Canada Includes Quebec" slogan used by federalists in the 1995 Quebec sovereignty referendum.

A deck of playing cards available to passengers on the now-defunct Canadian airline Wardair. A Wardair 747 in flight is depicted on the front side of the cards. 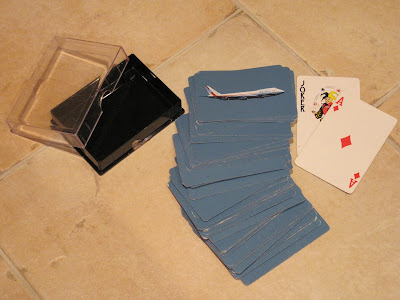 There's nothing quite like enjoying a meal aboard an aircraft flying at 35,000 feet, looking down at the tops of clouds and seeing the world slip by underneath you. In a budget-conscious age, a lot of airlines have cut back on onboard meal and drinks service, yet good food and drink can still be found on some carriers and for business and first class passengers. While flight attendants will definitely question you if you try to save silverware, china, or even plastic dishes as souvenirs of your flight, you can get away with hoarding onboard snack foods using the excuse that you're saving them for later. With a little care, individually-wrapped cookies, crackers, peanuts, brownies, and other such items can be saved as souvenirs of your flight, like the items below. Airline menus can also be a great memento of your airline dining experience. 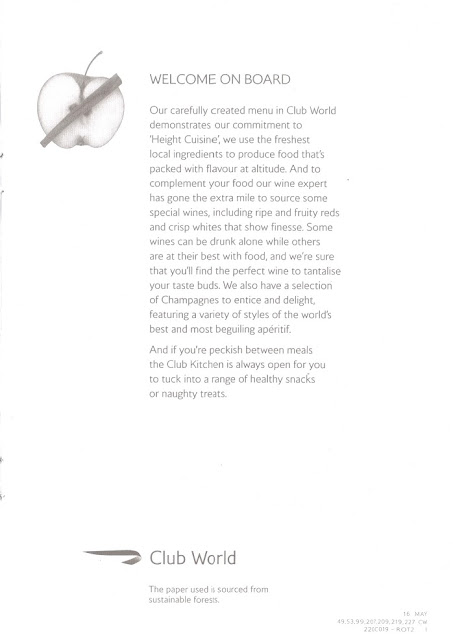 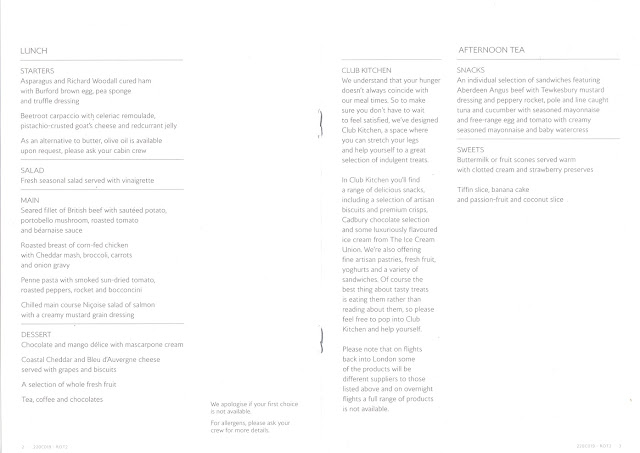 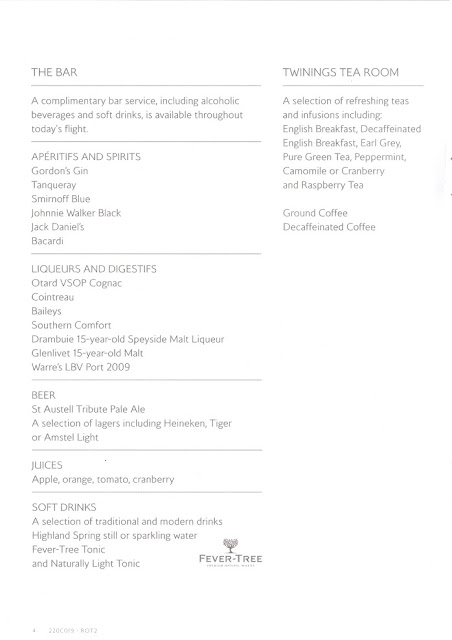