Wings Over the UK

What's the best way to see the United Kingdom?  From the air of course!  Starting today, the MoMI proudly presents a pictorial tour of the UK as seen from the air...or at least the simulated air of Flight Simulator X.

Flying a Beechcraft King Air of the Royal Air Force, we commence a realtime clockwise circumnavigation of England, Wales, and Scotland.  Flying low and slow, we'll hug the coast as we explore the diverse geography of this fascinating country. 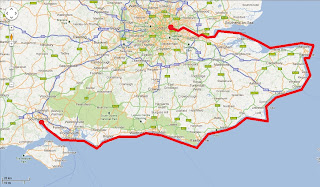 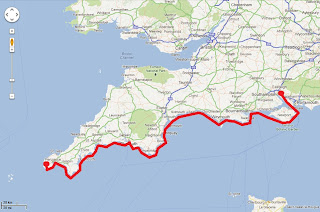 Leaving the aircraft in the capable hands of the Land's End airport refuellers, took the B3306 (West Cornwall Coast Road) to the village of St. Just, to spend the night at the Wellington Hotel in Market Square, but not before sauntering across the street to the Kings Arm Pub to enjoy a Cornish Scrumpy Cider, along with an 8oz sirloin steak served with hand cut chips, homemade onion rings, dressed salad garnish, and pepper sauce, and topped off with a seasonal crumble with clotted cream. 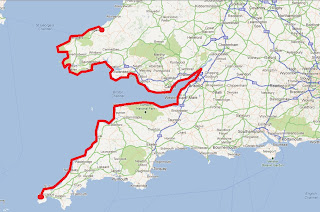 Taking the A487 south to the town of Cardigan, on the banks of the River Teifi, we check in at the Black Lion Hotel on High Street, before proceeding to Bridge Street for a roast dinner at The Grosvenor, along with a glass of Gwynt y Ddraig's Haymaker medium draught cider. 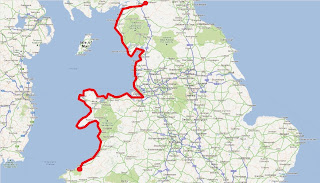 Taking the A689 road from Carlisle Airport into town, we enjoy a dinner of battered cod fillet with peas and chips and a glass Cumbria's own Cowmire Hall Ancient Orchard Cider at The Cumberland Inn on Botchergate before checking in at the Hallmark Hotel Carlisle, located off Court Square Brow. 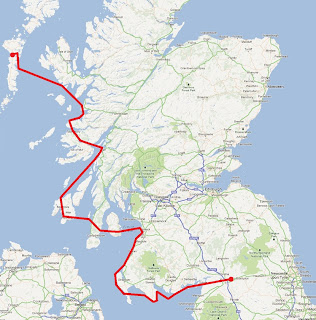 Taking a taxi from Benbecula Airport to the Dark Island Hotel via the B892 road, we enjoy a glass of Thistly Cross Original Cider and a dinner of Highland venison sausages served with mashed potatoes, vegetables, and onion confit, and capped off with a dessert of sticky toffee pudding with butterscotch sauce and vanilla ice cream before retiring to our room for the night. 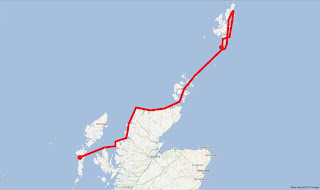 Having called ahead from the plane while en route to Sumburgh, we pick up our hired car at the airport and drive north 40 minutes to the town of Lerwick, via the A970 road.  Checking in at the Grand Hotel on Lerwick's Commercial Street, we dine in the hotel's restaurant, enjoying an appetiser of deep-fried mushrooms stuffed with Orkney cheese and served with garlic dip; an entree of roast silverside of beef accompanied by red onion gravy and Yorkshire pudding; and washed down with a bottle of Thistly Cross sparkling Farmhouse Cider.  A long day of flying over the UK's northernmost reaches comes to a close with a serving of homemade Bramble apple pie with ice cream and a cup of black tea with milk and sugar, before we retire to bed.

Delayed at Sumburgh Airport due to mechanical issues.  Spare parts flown up from RAF Cranwell, Lincolnshire and repairs carried out overnight. 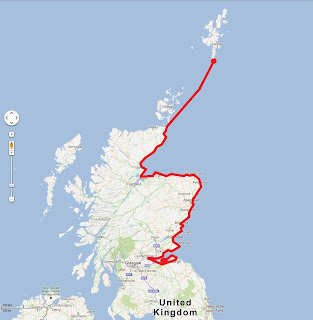 Hailing one of Edinburgh's "Black Cabs" at the UK Arrivals end of the airport terminal, we drive 25 minutes into the city to the 5-star Balmoral Hotel at 1 Princes Street, located near Edinburgh Waverley railway station and in the heart of the city's shopping district.  Checking in, we deposit our bags, change, and freshen up before heading down to the hotel's stylish brasserie, Hadrian's, for dinner: terrine of Scottish game with mascerated grapes; Blairgowrie Rib Eye steak served with hand cut chips, watercress and bearnaise sauce; classic bourbon vanilla creme brule with almond biscuit for dessert, and a lovely cheese plate of Isle of Mull cheddar with Scottish oatcakes and homemade apple chutney.  Following dinner, we retire to the hotel's Balmoral Bar for a Lemon Breeze Champagne cocktail (Tanqueray, Limoncello, Elderflower Cordial, Moet & Chandon Brut) and, in a nod to our flying tour of the UK, a signature cocktail named The Aviation (Tanqueray Gin, Lemon Juice, Maraschino Liqueur & Crème de Violette).  A final non-alcoholic cocktail, the Apple Twist (cloudy apple juice shaken with pineapple juice & peach puree) ends our stay at the Balmoral Bar, and we head out west along Princes Street to the charming Kenilworth pub on Rose Street to enjoy a glass or two of draught Wyld Wood cider (organic cider apples aged in old oak casks) by the Aspall Suffolk Cyder company.  Accompanying our cider, we enjoy a warming bowl of Tomato and Davidstow Cheddar soup and a scotch egg, before returning to the Balmoral Hotel. 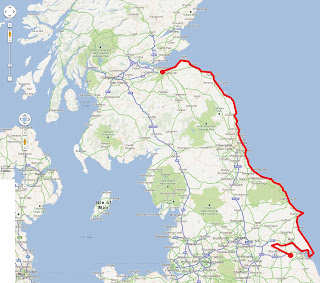 Jumping aboard a Stagecoach 'Humber Flyer' bus at the Humberside Airport, we make the roughly 30 minute drive to the north side of the Humber Bridge and proceed on foot to the Country Park Inn on the banks of the Humber, close to the bridge.  Following check-in, we take a short taxi ride to Home Farm, a pub of the Brewers Fayre chain, off Ferriby Road in Hull, where we enjoy a dinner of slow cooked, on-the-bone lamb shoulder served with rosemary and redcurrent gravy, mashed potatoes, and peas, washed down with a glass of Swedish Kopparberg Mixed Berry cider.  The meal is capped off with a sponge pudding, drizzled with treacle, and served with custard, and a cup of hot tea.  After dinner, we proceed via taxi back to the Country Park Inn for the night.

All departures and arrivals cancelled by Humberside Police and security intelligence officials following reports of two suspicious South Asian men loitering around the airport's WHSmith newsstand.  Although the men were speaking Arabic, an unidentified local witness stated that he heard them use the words 'dirka dirka Mohammed jihad' and 'Allahu Ackbar'; police arrested the men shortly after under a protective custody order and they are now being held incommunicado at an undisclosed location pending formal charges, which should be laid in the next 7 to 30 days.  The airport has been cleared to resume flights on 29 April. 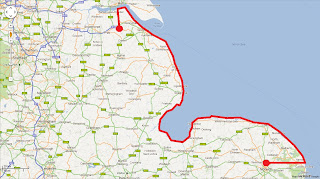 Landing on Runway 27 at Norwich International Airport, we taxi to the fuelling station and, having topped up our tanks, we proceed four miles by taxi to the Premier Inn Nelson Norwich City Centre on Prince of Wales Road.  After checking into the hotel, conveniently located in the heart of historic Norwich on the bank of the River Wensum, we grab a quick dinner at the hotel's Table Table Restaurant: ham, egg & chips and, for dessert, Eton Mess (fresh strawberries, crumbled meringue, and whipped cream folded together with a blackcurrant coulis).  Following dinner, we embark on the Alan Partridge Walking Tour of Norwich, visiting such famous landmarks as Norwich Town Hall, from where Adolph Hitler was to have delivered his victory address had the Nazis conquered Britain; Norwich Cathedral; and Norwich Market.  The Alan Partridge Walking Tour of Norwich ends with a 2.4km walk to the BP gas station at the intersection of the A146 road and Hall Road, where we enjoy a styrofoam cup of hot tea and a microwaved Bramble apple turnover while we converse with the dimwitted Geordie cashier.  Following a mediocre tour of a mediocre city, we return to the hotel to turn in for the night. 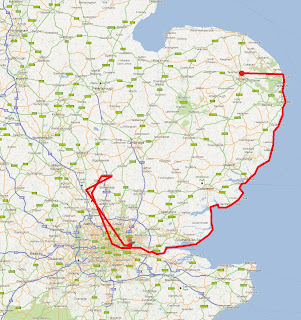 Thanks for Flying with Us!