Postcards used to be a principal way of communicating with loved ones back home while on vacation. With the advent of affordable long-distance calls and then the Internet, postcards have become standard souvenirs, often purchased for the enjoyment of the vacationer more than for the purpose of communicating. In this sense they have lost their practical purpose and become little more than a nice photo for posting on the refridgerator at home. Old postcards, however, are often sought after as relics of a bygone age which depict people, a geographical feature, attraction, or event as it used to be. The six postcards below, originally purchased in 1939-1940, feature beautiful watercolour depictions of Ottawa, Ontario, Canada. The MoMI acquired these postcards in 2003.

The Canadian National War Memorial at the intersection of Elgin and Wellington, unveiled in May 1939. 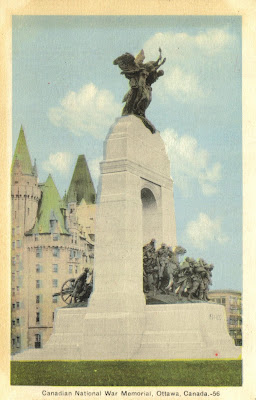 People enjoying a summer outing on the Rideau River in Ottawa. The caption reads: "Thais I (The Naughty Girl of the Rideau)" 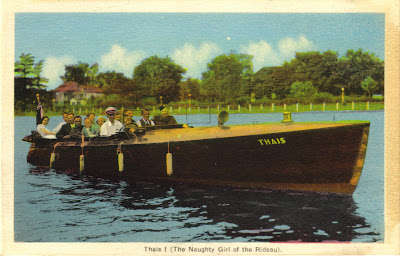 The Canadian Houses of Parliament. 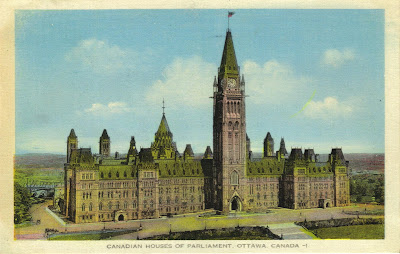 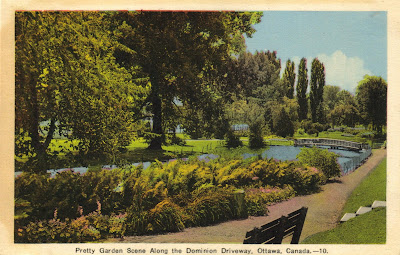 A depiction of Rideau Hall, the residence of Canada's Governor-General. 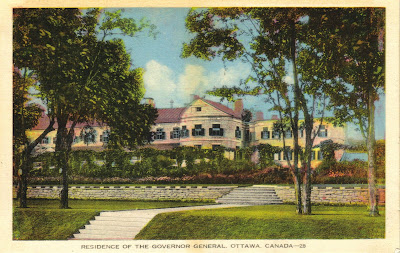 A view of the Chateau Laurier Hotel, looking east along Rideau Street. 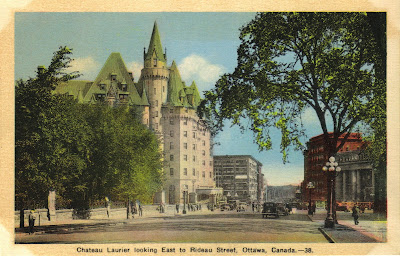 An example of the reverse side of the postcards. All cards feature the same writing and layout on their reverse sides. 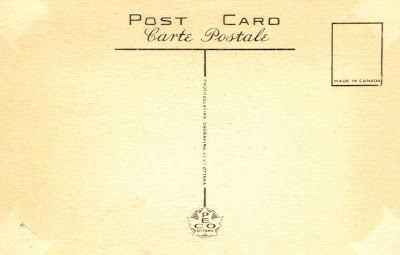 Posted by DS at 8:35 AM
Labels: Postcards: Ottawa of Yesteryear