Journey through Scottish History: The National Museum of Scotland, Edinburgh

The National Museum of Scotland was established in 2006 following the amalgamation of the Museum of Scotland and the older Royal Scottish Museum. From the former came its collection of artefacts covering Scottish history and culture, with the latter contributing items related to science and technology, natural history, art, archaeology, and world cultures. The two connected buildings forming the National Museum of Scotland are located on Chambers Street in Old Town Edinburgh. Admission to the museum is free, with the number of visitors exceeding 2.2 million in 2018.


Below: The front and reverse sides of the free map available to visitors to the Scottish National Museum in Edinburgh. 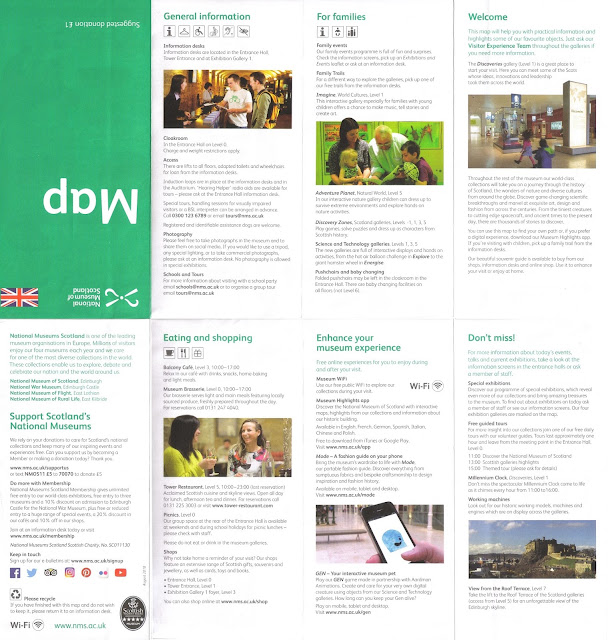 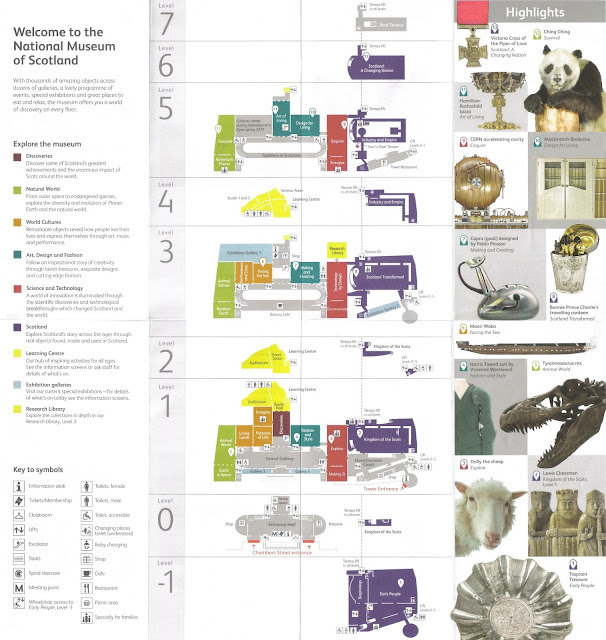 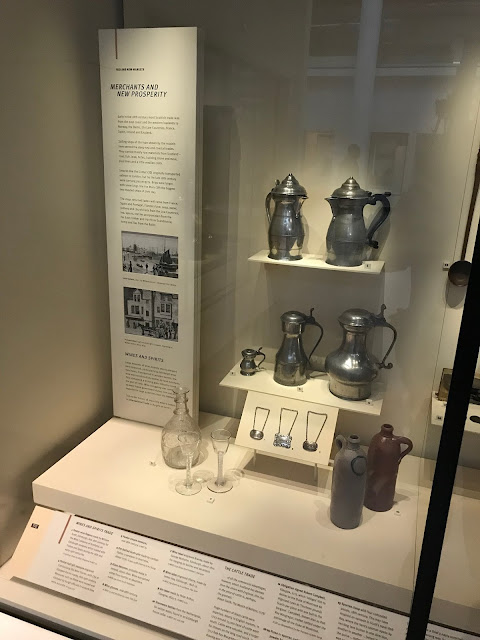 A display on the prosperity arising from Scotland's merchant trade. In the 18th century, sailing ships carried a wide range of raw products and manufactured goods between Scotland and Norway, the Baltic, the Low Countries, France, Spain, Ireland, and England.  Large volumes of wine, brandy, sherry, and port were imported into Scotland, particularly by Edinburgh wine merchants.  Wine imported in large wooden barrels was bottled by local merchants, driving the development of the Scottish glass-making industry; nevertheless, to avoid paying the hated government duties on imports, wine smuggling was commonplace.  The case holds examples of pewter wine flagons, wine glasses, decanters, and stoneware bottles for seltzer water.